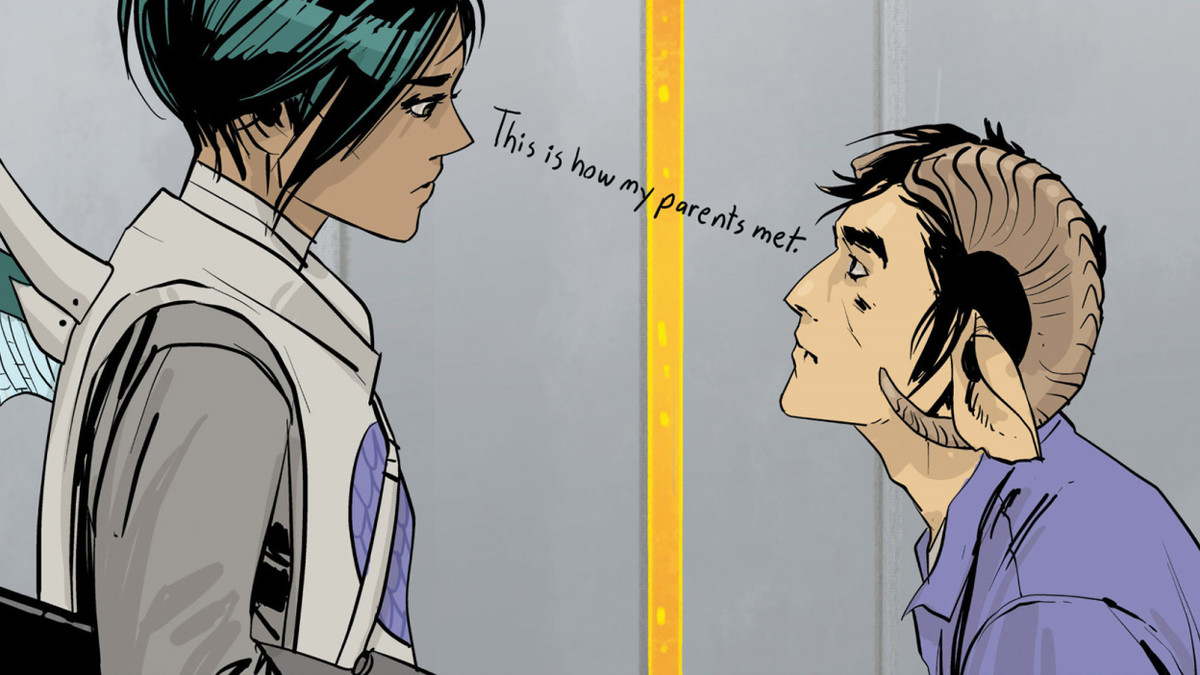 It’s been a while since I read Saga Vol 1, but I’m discussing it in my comic course so I gave it a reread and remembered afresh why I love this series so much. The plentiful fantasy and sci-fi elements, plus a beautiful forbidden love story between two complex and flawed badass characters, sprinkled with startling imagery and unexpected humour, makes for a really compelling tale.

Vaughan’s dialogue throughout feels so raw and real, especially with Alana who pulls no punches beginning with the memorable first page. The world, too, feels very attached to our own despite the whimsical fantasy of it. The story takes itself seriously at its core, depicting the brutal cruelties of life and war, as well as more tender moments. There are some very messed up things happening in Saga’s universe, but these atrocities are closer to the realities of our Earth than we’d like to think.

It wasn’t until after reading a few volumes of Saga that I learned the amazing and award-winning artist Fiona Staples was Canadian. Today that I learned she was born in Calgary- so cool! Staples’ art impresses me a lot- I really appreciate it when artists show you the nitty-gritty and go all in instead of making something watered down for wider consumption.

Saga doesn’t cater to the widest possible audience, but instead presents itself authentically, unabashedly, and in-your-face, no holds barred. It’s got action, emotion, diverse characters, strange creatures, and an epic feel. It’s totally earned a spot in my top favorite comic series. 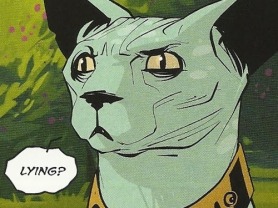