Brace yourselves, this is something I’m realllllllly passionate about, so here comes another one of my blog posts that is pounded out in an uncontrollable flurry.

Bill Maher knows how to kick up a firestorm online- his recent blog post disses the recently deceased legendary Smilin’ Stan Lee and challenges the legitimacy of comics as a format. It closes by laughably implying that the people who view comic books as important are the ones who voted for Trump. Sure, Bill… yeah no.

Firstly, on dissing Stan Lee- even if you don’t appreciate comics, Bill, there’s no need for that low blow (other than shoehorning it into an intro for a controversial blog post that will get you lots of views, I guess?). It’s undeniable that Mr. Lee’s creative genius has touched the lives of many people, and suggesting that art, literature, and entertainment are not vital to life paints a false picture. Bill writes:

What exactly is your point here? I don’t know about you Mr. Maher, but I don’t want to live my life fulfilling only the lower rungs of Maslow’s Hierarchy of Needs.

Ok, on to comics. Here’s what he has to say on that topic:

“Twenty years or so ago, something happened – adults decided they didn’t have to give up kid stuff. And so they pretended comic books were actually sophisticated literature.”

As an educator and an MLIS student, you really awaken the fire in me with this one, Bill. Who is to say what constitutes “sophisticated literature”? Is it a word count? Is it a certain vocabulary? Is it one of those “i’ll know it when I see it” things? I call bullshit.

Comics are a format, not a genre. I’ve spent a lot of time getting to know comics in my 10+ years working in bookstores and at my public library. At my library they call me the Comic Queen because i’m so passionate about spreading the word about the versatility of comics (and graphic novels, and webcomics, and manga, which are all forms of sequential art)

So, again, what makes something “sophisticated literature”, exactly? Does the use of sequential art immediately reduce something to junk reading for kids?

Comics are just a format, Bill. They can be used to address any kind of information, and can be tailored to suit the needs of readers of any age. They are increasingly diverse and inclusive as more artists, authors and publishers jump on board. Comics are especially wonderful because they are approachable and lots of readers, even reluctant readers, may be enticed to read a comic because of the pictures.

Yet, unfortunately, Bill, you have joined the masses of people who mistakenly believe that the comics format = kid stuff, as if the format somehow dictates what kinds of content can be delivered in a comic.

There are comics that:

These are just some examples, but comics can be about ANYTHING. More and more comics are coming out every day on all kinds of different topics.

And yes, comics also include superheroes sometimes- what’s wrong with that, Mr. Maher? The world of superhero and fantasy comics is gigantic and diverse in its own right, and has been and continues to be entertaining, inspirational, and motivational for many people all across the world.

At the risk of triggering Bill Maher, i’d like to finish here with one last sentiment: 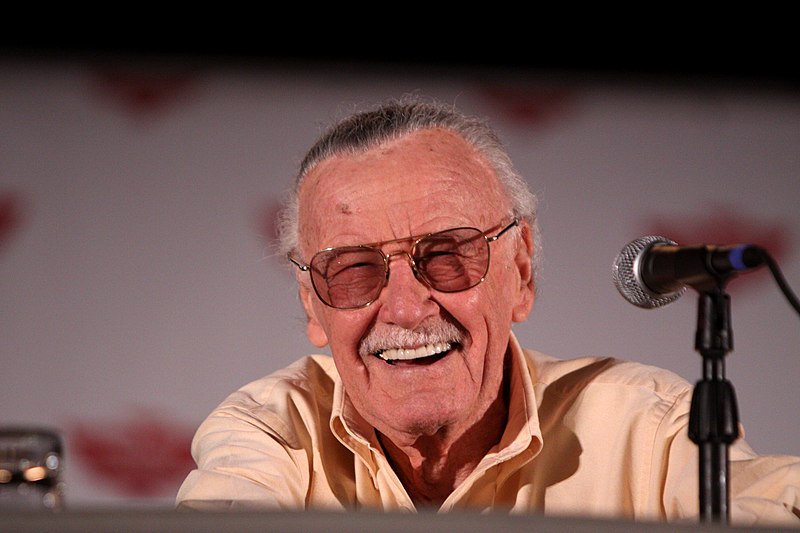