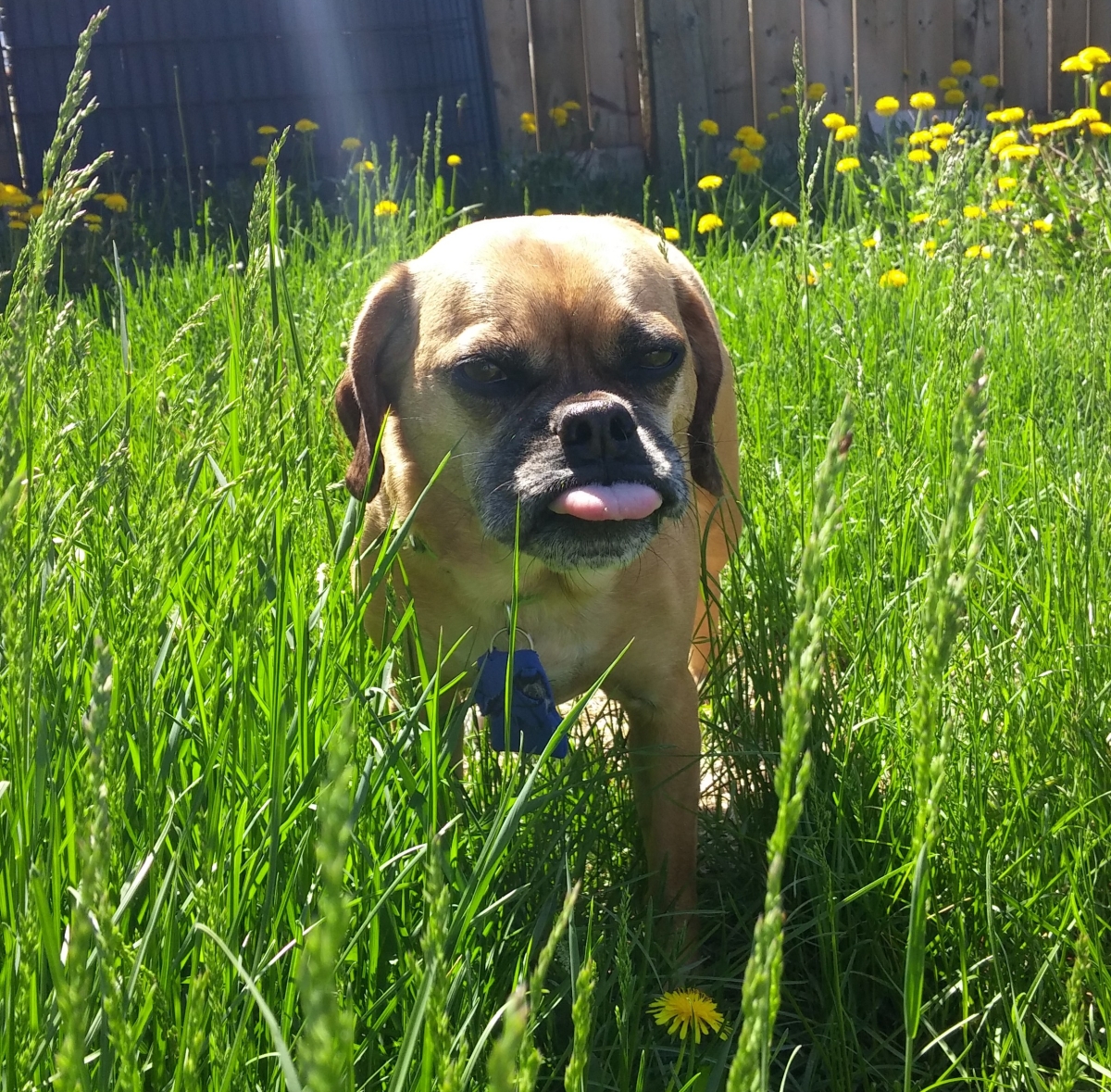 As of this month, it’s been 6 years since we adopted our dog Tegan. She is my first pet outside of living with my parents, and it turns out that having your own pet (and all of the responsibilities that go along with caring for another living creature) is a lot different than being in the house while your parents take care of the pets. Who would have thought?

It has been 6 crazy years so far, and I absolutely love Tegan with all my heart- she is family. In the beginning though I didn’t know what I was doing! So, here is our story. 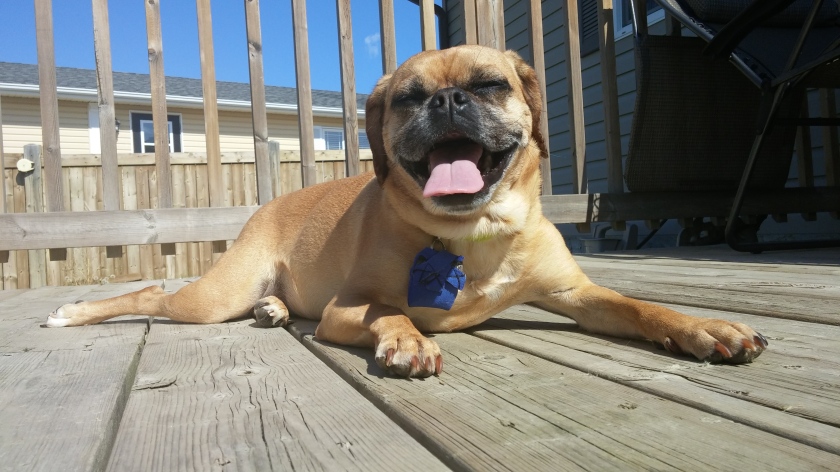 My family has always had lots of pets. Growing up, my friends joked about our house being a sort of zoo. You weren’t sure when you rounded the corner in my house if you’d come face to face with a grumpy, overweight cat, an energetic Labrador retriever, or even a couple of young Fancy Rats on somebody’s shoulder. My mother worked in vet clinics and shelters, so there were always lots of animals around, including occasional foster puppies and ill or injured creatures that needed round-the-clock care.

It wasn’t until I moved out of home and in with my then-boyfriend-now-husband that I began to consider getting a dog of my own. Life felt like it was missing something vital without a dog around. I love all animals, but I’ve always had a special affinity with dogs. I pored over our local SPCA website regularly, occasionally seeing a dog that seemed like a perfect fit but who was already adopted by the time we went, or was too large to be allowed in our small apartment.

One fateful day I came across a photo on the SPCA site of a mixed breed dog named Amelia. She was referred to as a “puggle”, a beagle and pug mix. She was around a year old, and looked like she had some real personality.

Anyone who knows me will tell you, when I get an idea in my head I can’t rest until I see it through and make a decision. She was all I could think about. I wanted to see Amelia. Dustin wasn’t sure if he wanted a small dog, but I just had to see her. So we went to the SPCA and there she was in the dog room, standing alert behind the cage door. The dogs all around were barking very loudly, but she just stood there looking up at us, expectant. The kennel attendant took her out so we could take her on a walk.

As we exited the SPCA with Amelia on a leash, it wasn’t like the movie scene I might have envisioned in my head- she didn’t shower us with love or run joyfully in circles around us. She wasn’t starved for affection or cuddles- in fact, she seemed like she didn’t really care that we were there, only that she was outside and could go for a walk. So, we walked. We took her down some of the industrial streets in the area, amused when she would hop up onto the brick and concrete ledges and trot along them.

After our walk we sat down on a bench for a few moments, and I patted her and stroked her short fur, but again she was very independent and stood alert, looking around at seemingly everything but us.

Despite her aloofness, I was smitten with her. Dustin was on the fence about adopting her. However, we returned the next day to walk her again, by which point I think he realized I was serious about this dog and now that she was in my head, she wasn’t going anywhere. So, we decided that I would sign the application for adoption and see what happened. I hoped desperately that we would be able to adopt her.

When I asked for the application, the staff were very excited. That must be a good sign, I thought? I filled everything out and handed it in. The staff gave it a good look over and told me the cost of adoption for an adult dog. Then they asked if we wanted the kennel staff to go get her now, and if I would pay by cash, credit, or debit.

I looked at Dustin in surprise. Wow, this was fast. I’m going to be a dog mom!?

“Right- right now!?” I asked, unable to hide my surprise.

The staff explained: my application was good, the kennels were overfull, and the SPCA was stretched to its limits that summer. Normally it would take more time to adopt a dog because they would be sifting through multiple applications, but right now they were desperate for space and were ready to let me take Amelia home.

“Of course! But we don’t have a leash or anything yet…” I stammered. They told us not to worry, and provided us with a few basic items to get us started. And so, that’s how I found myself pulling out my debit card and becoming a sudden dog Mom.

We headed out to the truck with Amelia, a little stunned but full of excitement. We headed right to the grocery store- I went in and loaded up on dog blankets, treats, food, dishes, spill mats, anything and everything I could think of.

And so, we brought Amelia home, but her devil-may-care attitude had disappeared, replaced with a demeanor of perpetual confusion and concern. We tried to be really relaxed at home and let her get used to her new surroundings, but by the third day I was worried that Amelia would never feel comfortable in our small apartment- I didn’t realize how long it can take for dogs to adjust to a new home.

She was driving me crazy with her anxious habits- staring at me with bulging eyes when I was trying to read and study, army-crawling underneath the couch, vaulting herself from the couch to the bed like a hovercraft malfunctioning, whining incessantly for no apparent or discernible reason. 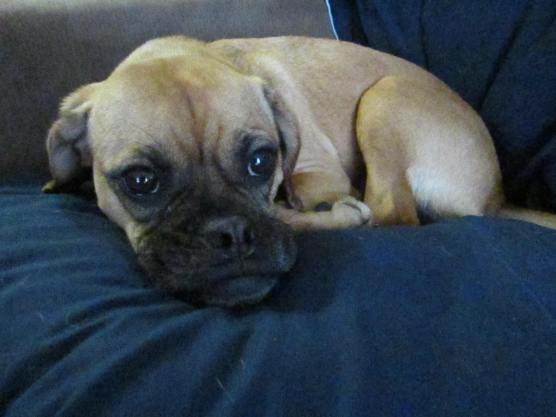 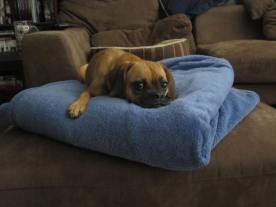 I thought, she’s miserable! She hates our little bachelor pad.

But, again, all we needed was some time. It took a couple of weeks, but Amelia began to show her true colours- dorky, full of energy, and happy to nap on the couch or bed. We didn’t think “Amelia” suited her very well, so we renamed her- Tegan. (We were listening to a lot of Tegan and Sara at the time…)

As she became more comfortable with us, Tegan began to get more assertive, nipping at our fingers and eventually trying to hump us. I had no idea how to train a dog, so I did what I always do when facing a problem: explore the library! 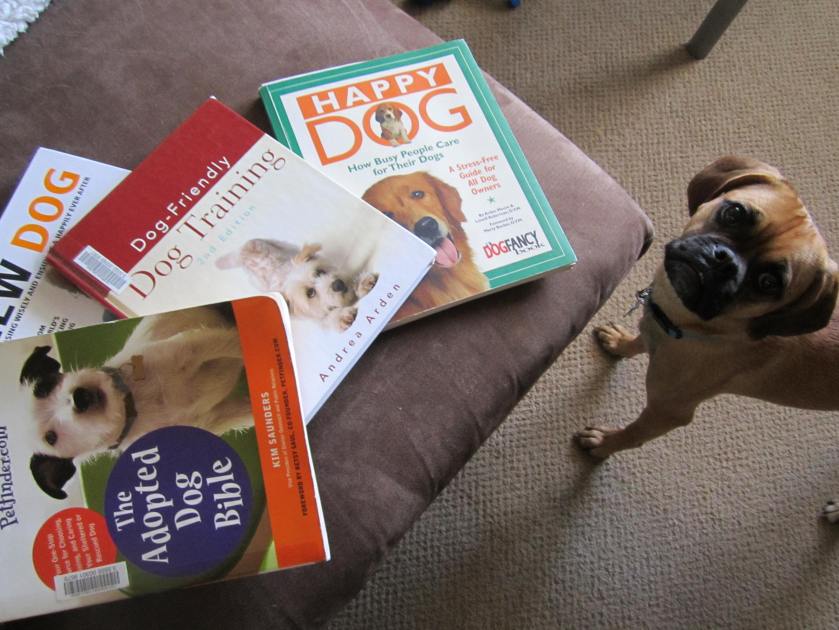 The books helped, as did internet forums. It wasn’t long before we had our routines and habits, and Tegan fit right into our family, wrapping her little swirly tail around my heart. I got curious one day and called the SPCA to ask if they had her background on file- I wondered, did she come from previous owners, or was she abandoned somewhere? The woman on the phone looked her up and told me that she was found wandering downtown with a couple of other dogs. Wow, I thought. I couldn’t imagine our derpy dog being a part of some doggie street gang!

Over these six years we have made lots of memories 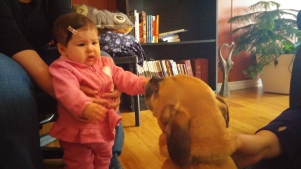 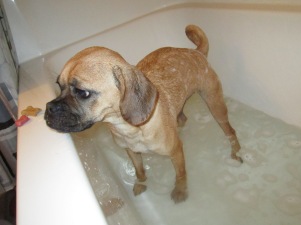 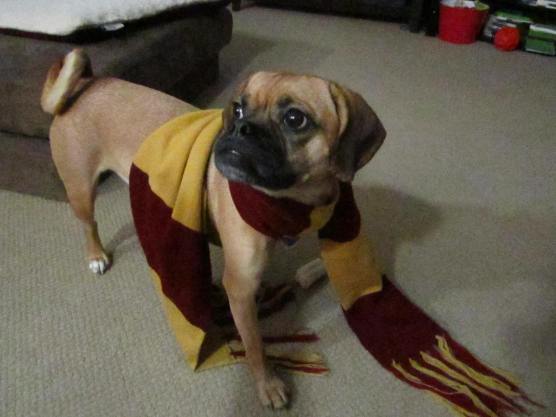 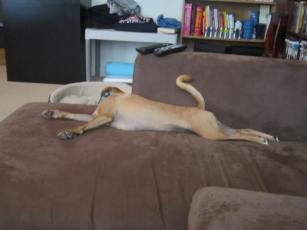 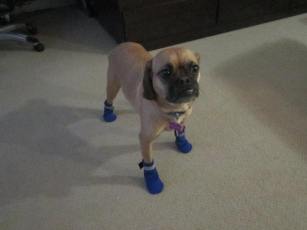 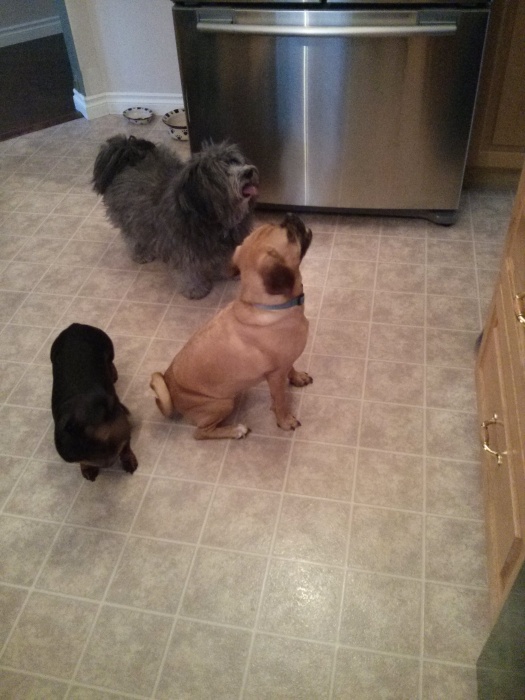 and Tegan has made lots of derpy faces 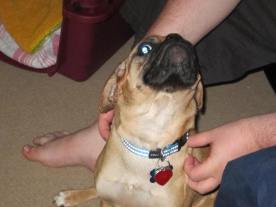 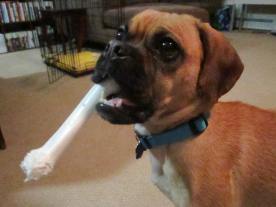 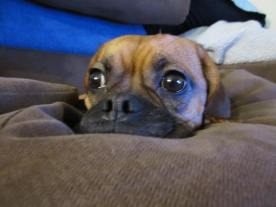 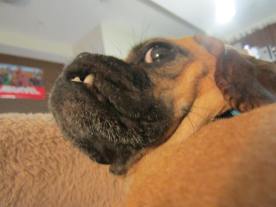 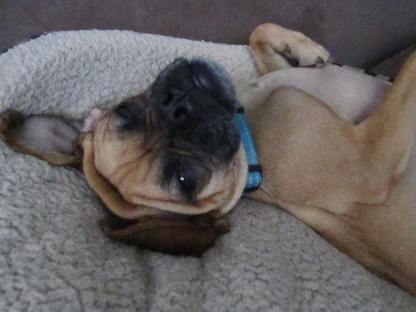 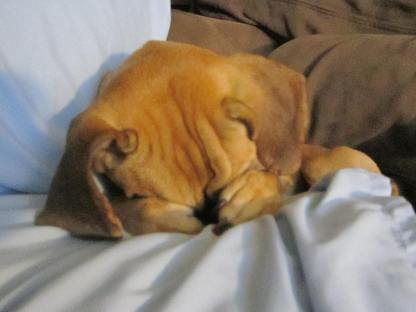 I hope we still have lots of memories and derps to come.

Lastly, here is a little video compilation I made of Tegan, featuring clips from our earlier years together!