I finally got around to watching the new Black Butler film, A Book of the Atlantic. It’s been a little while since I watched anything Black Butler, and this movie reminded me why I love the series so much. I’ve enjoyed all previous installments, and this one has all the bits I love about Kuroshitsuji: dark and mysterious plot, bloody and dramatic fight scenes with witty repartee, and understated but impactful sprinklings of humour and fanservice. 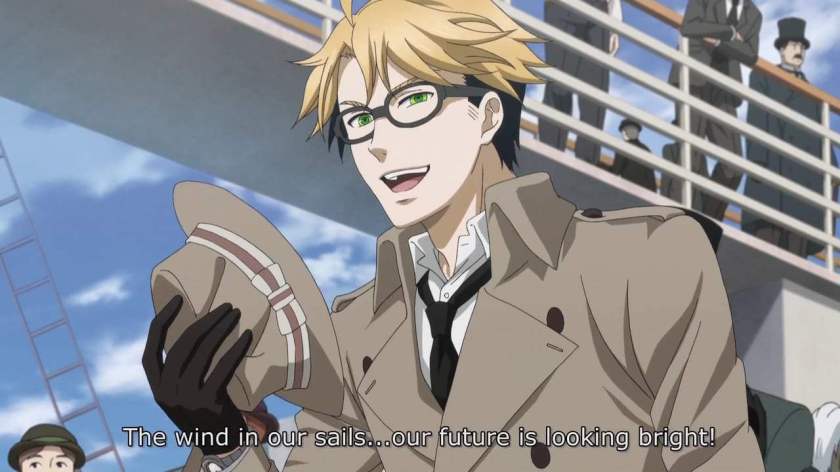 All aboard the Campania! The Campania is essentially the Titanic, but with 3 smokestacks instead of 4. It’s a luxury liner on which Ciel, Sebastian, and a smattering of other favorites, embark on yet another mystery- this time involving a secret society and medical mishaps involving reanimation of the dead! (Read: Zombies.)

Although Ciel leaves his loyal house-servants (minus Sebastian, of course) at the docks, many other fan-favorites make an appearance in the movie, including Elizabeth and her family, Grell Sutcliff, Ronald Knox, Undertaker, Snake, and a few other surprises. 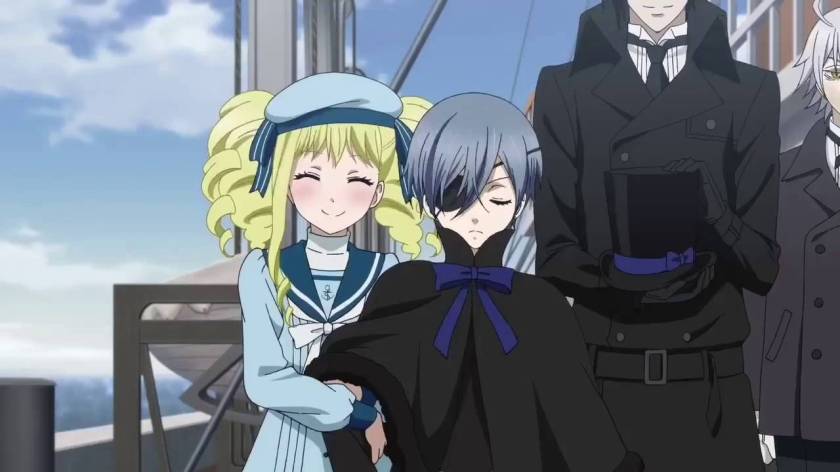 Snake always cracks me up (anyone who is familiar with the series will know why). I especially loved the character development of Elizabeth- let’s just say I’m much more fond of her now! Undertaker also really surprised and delighted with his newest development.

The movie also gives viewers an intimate look into some unseen moments from the very beginnings of Ciel and Sebastian’s relationship, starting with the fateful deal that forms the basis of the entire series. As such, this movie is a treat for fans of Black Butler, but would also be enjoyable for people who have never seen previous episodes or spin-offs.