I’ve been seeing a lot of these Fave Mom posts kicking around since Mother’s Day is tomorrow, and although I wasn’t planning on doing one I inevitably began thinking about my own favorite fictional moms, and after a bit of reflection I was like “no, this is a damned good list; it must be shared with the world”.

And so, I present, my list of Favorite Fictional Moms (That I Can Remember At The Moment.)

In no particular order, here they are!

Louis you say? But, but, he’s a dude! Ah, but here it is from Claudia’s own mouth:

Locked together in hatred. But I can’t hate you, Louis. Louis, my love, I was mortal until you gave me your immortal kiss. You became my mother and my father, and so I’m yours forever.

Claudia was born, so to speak, from Louis’ “immortal kiss”. And Louis tries his best to be a good parental figure to Claudia given their unique vampiric circumstances. Oh, Louis!

I could include Lestat here too, except Claudia kinda sorta rejected him in a huge way sooooo, yeah, let’s not go there.

Disclaimer: in the unlikely event that this post goes viral for some random reason 5 Mother’s Days from now and a subset of netizens take this post literally and start a vitriolic social media thread about how I am promoting an abusive  kidnapping child-killer as a parenting win for Mother’s Day, I must say- dude, chill, it’s a vampire movie/book. Take it for what it is. P.S. the movie and the book are both excellent, get on that.

I can’t remember their names (if they were ever given). I do remember that when I watched this movie I thought again and again “dang, these parents get an A+ from me”. They’re funny, understanding, not overbearing, accepting, and obviously totes in love. 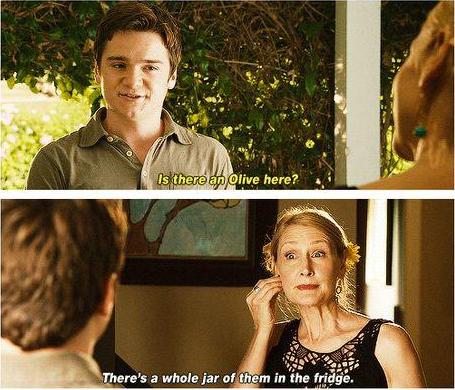 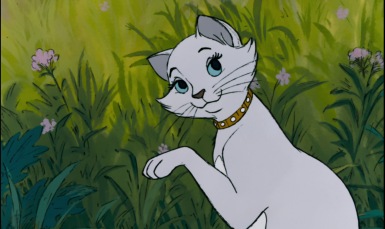 It’s been a while since I watched Aristocats to be honest, but it was one of my favorite Disney movies growing up, and I remember Duchess being totally devoted to her kittens, leading them tirelessly through treacherous situations to try and find their way home.

She’s also been known to get groovy if given the opportunity to let her hair (fur?) down:

Ok, so maybe this psychedelic dance scene re-used animation from previous Disney movies and also contained some unfortunate racist chariCATures, but that’s on Disney, not Duchess. I’m sure Duchess would not approve! 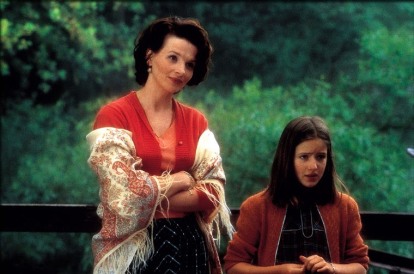 Vianne is a strong-willed independent thinker who doesn’t give a flying fair-trade truffle what people think of her. She sets an excellent example for her young daughter Anouk by standing her ground when the ultra-conservative community threatens her chocolate shop, and she doesn’t shame Anouk for having an imaginary friend.

I was once a little bitter about Vianne having had the opportunity to make out with Roux, aka Johnny Depp, but you know what Vianne, you deserved it. Get it girl.

And again, here’s a book that was made into an awesome movie. Check out both if you haven’t already! Your public library can probably hook you up!

Hey, I sense some hackles are raised. Is this list called “Most Inspirational Mothers” or “Mother’s I’d Like To Have”? Nope, this is Favorite Mothers, and I truly adore Neil Gaiman’s creepy Other Mother. I’d love to cosplay as her someday.

The Other Mother gets a lot of hate. She’s just like your normal mother! Except, buttons for eyes, and the desire to capture you and erase all you know and love to replace it with an eerily similar but utterly wrong replacement. 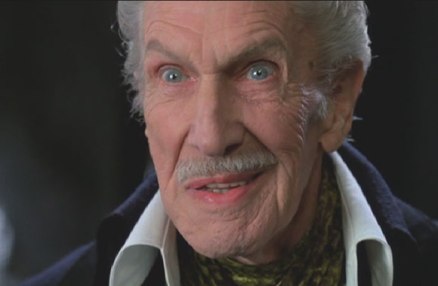 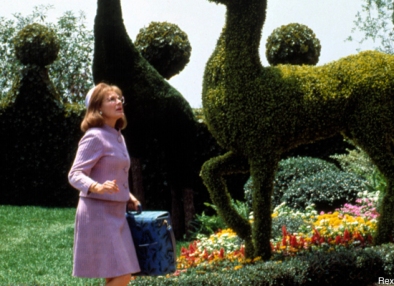 Neither of these people are Edward’s Mother in the traditional sense of the word, but both were, I think, well-intentioned and good-hearted people who contributed to his life in the best ways they knew how.

Who can fault the lonely inventor, played by legendary Vincent Price, for seeing a potential for life, and seeking love and companionship? 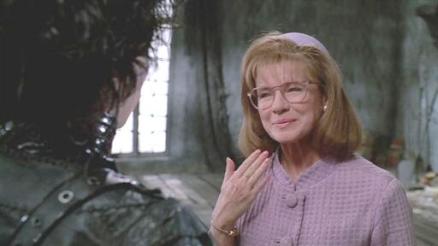 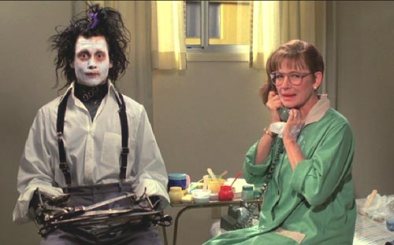 And Peg, the sweet and dependable Avon Lady, who reaches out to Edward without judgement when nobody else would. 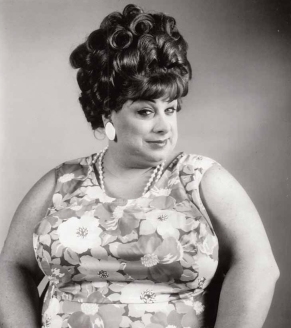 Edna, traditionally played fabulously by men in drag on stage and in film, is an anxious laundry-business owner and overweight mother. Her transformation of self-love and learning to let loose, led by her tenacious daughter Tracy, is sweet and inspiring.

Molly is frequently listed on Favorite Mother lists, but it’s justifiable because she is a damn good mother!

Not only does Molly immediately accept Harry (whose family life has been less than ideal) into her family and home, she is a proud mother who loves her kids fiercely. Yet, I especially love Molly because she isn’t just a one-dimensional sweetheart character- if you piss Molly off or do or say anything disagreeable, she’ll let you know in no uncertain terms what she thinks of the situation!

And who could forget such gems as Not my daughter, you bitch! Molly is talented with a wand, and not just in the kitchen! Though, on that note, Molly is also a proud homemaker whose home is so charming and cosy that fans can feel homesick for it from time to time. Molly has been known to sing along unrestrainedly with her Celestina Warbeck albums in the kitchen. Yes, Molly is relatable to a fangirl like myself, as she has been known to swoon wholeheartedly, even, occasionally, over questionable celebrities (*couLOCKHARTugh*). 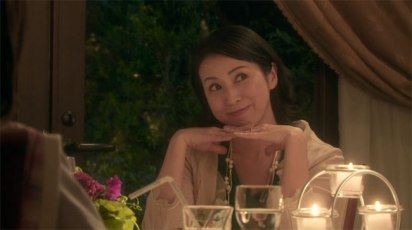 If you enjoy cute Japanese dramas, you gotta watch Mischevious Kiss, Love in Tokyo (there are also other versions of this show in other languages too I think, and i’m pretty sure it’s based on a manga series).

Irie-kun’s mom stands out because she has a youthful energy and brings humour to the show by constantly trying to pair her son up with Kotoko.

I think lots of fangirls resonate with Irie-Mama because she expresses the way we feel when we really, really want two characters to end up together! She will go to any length to support Kotoko in winning Naoki’s heart (even when she goes overboard into shenanigans involving cameras, disguises, and bamboozlement.)

She’s also a kind and positive influence in Kotoko’s life, especially because Kotoko’s own mother passed away long ago.

Speaking of TV show Moms, Raven and Cory’s mom Tanya is hilarious and loves her kids very much. I loved watching this show with my sister when we were younger. Tanya puts up with so much ridiculous tomfoolery from her kids!

It’s refreshing to see two parents who are often present in the plot (rather than all but missing from the show entirely for some reason, as parents kids shows on often are). Not only that, but for the most part the Baxter’s aren’t overbearing on their kids, and are just as goofy and funny as Cory and Raven.

Aside from the funny stuff, there are lots of learning moments in That’s So Raven that show how thoughtful parenting aids in raising strong, informed, resilient kids.

Dianne Wiest again? What can I say, she plays a great motherly character. Lucy loves her two sons, and will do whatever she can to support them (including fleeing a bad marriage and moving back in with her kooky Dad). How was she to know she was relocating her family into the Murder (vampire) Capital of the World? 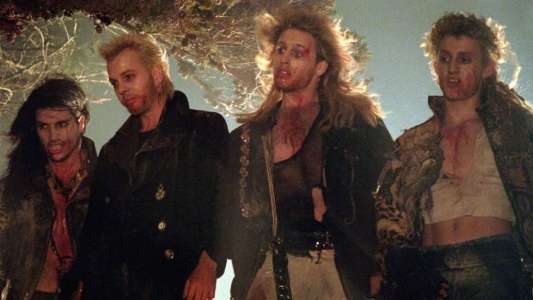 And props goes to Lucy for not being afraid to get back out there into the dating scene after her divorce, though maybe things would have been better after all if she hadn’t… but hey no spoilers here, if you haven’t watched this killer vampire movie yet GET IN THERE AND WATCH IT RIGHT NOW WHAT ARE YOU WAITING FOR DUDE!?!?

If you are a 90’s kid and you don’t love Miss Honey you have no soul. Or, you haven’t seen or read Matilda yet, in which case, get on that asap.

Miss Honey is the real mother Matilda never had, proof that just because you’re related to someone doesn’t mean you’re family (and that you don’t have to BE related to BE family). Miss Honey sees how Matilda’s toxic family disregards her well-being, happiness, and education, and in addition to being in-loco-parentis as Matilda’s teacher, Miss Honey finds herself willingly taking on more and more motherly roles in Matilda’s life. 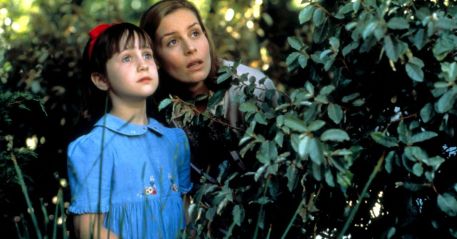 Her voice is so soft, calming, and kind, that I could easily compare it to honey.

The finale of Matilda lends itself to be the title one of those click-bait articles- “What one selfless teacher did for her student will give you goosebumps- the ending had us in tears!”

Mrs. Darling is just so beautiful and enchanting, you can’t help but want to be embraced by her motherly presence, especially when she is played by Olivia Williams.

When her kids fly off to Neverland, she and her husband  are desperate for their return, pining away and spending every moment searching in vain.

The fact that the kids want to return to them from such an exciting place at all says something about their capability as parents (although Mr. Darling does bear an uncanny resemblance to Captain Hook. And for that matter, Lucius Malfoy. Just me? Well, we’ll let it go for now. ) 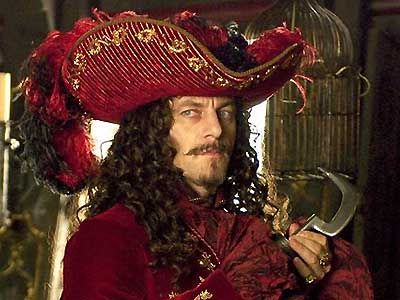 Side note: let’s not forget the other motherly presence in the Darling house: Nana!

Don’t you just want to kiss those little jowls!? ❤

I love all iterations of Aunt May, but my favorite still has to be Rosemary Harris. She was the first Aunt May I saw in live action, and she kinda won my heart.

No matter what version of Aunt May you favor, you gotta admit each is pretty bad-ass in her own way.

I’ve mainly only read the early original Spidey comics masterworks, but Aunt May has proven herself again and again throughout the life and times of the Amazing Spider-Man.

Well, that’s all I’ve got at the moment, but i’m sure there are tons more awesome Moms I am forgetting. Happy Mother’s Day to all the awesome moms out there!