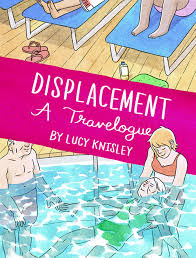 Dustin and I are enroute home to Alberta from our 2 week vacation visiting my parents in NB.

Our flights got changed unceremoniously at 3am last night, so while we got a lot more sleep than we were expecting, we now have a really weird mishmash of flights and a 7 hour layover in Toronto.

To look at the bright side, though, I’ve got a ton of ebooks downloaded from Hoopla and Overdrive, and lots of time to catch up on my reading!

Lucy Knisley is one of my favorite authors. I’ve read several of her graphic novels, which are gorgeous, comedic, and full of honest, sometimes uncomfortable, reflections on life.

I enjoy the messy truth of an honest memoir, and Lucy never disappoints. I am currently drafting a comic memoir of my own, and Knisley’s work played a big part in opening my eyes to the versatility and potential of the comic format for memoirs.

ANYHOO, without further ado, here is my review of Displacement (as posted on my Goodreads). 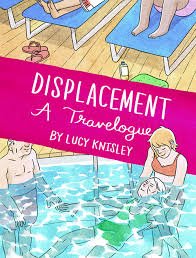 Another fascinating personal memoir from Lucy Knisely- this time on a cruise ship with her grandparents who are in their 90’s and facing debilitating physical and mental health problems.

Lucy doesn’t censor her thoughts, even when they don’t cast her in the most positive light. She struggles with her inner criticisms, her candid thoughts, and her desire to understand her elderly grandparents.

As with her other works, this beautifully illustrated comic memoir is a mixture of self reflection, emotion, reminiscence, people-watching, existential pondering, and comic exasperation.

I really enjoyed the juxtaposition of Lucy’s situation on the ship paired with snippets from her grandfather’s war journal. 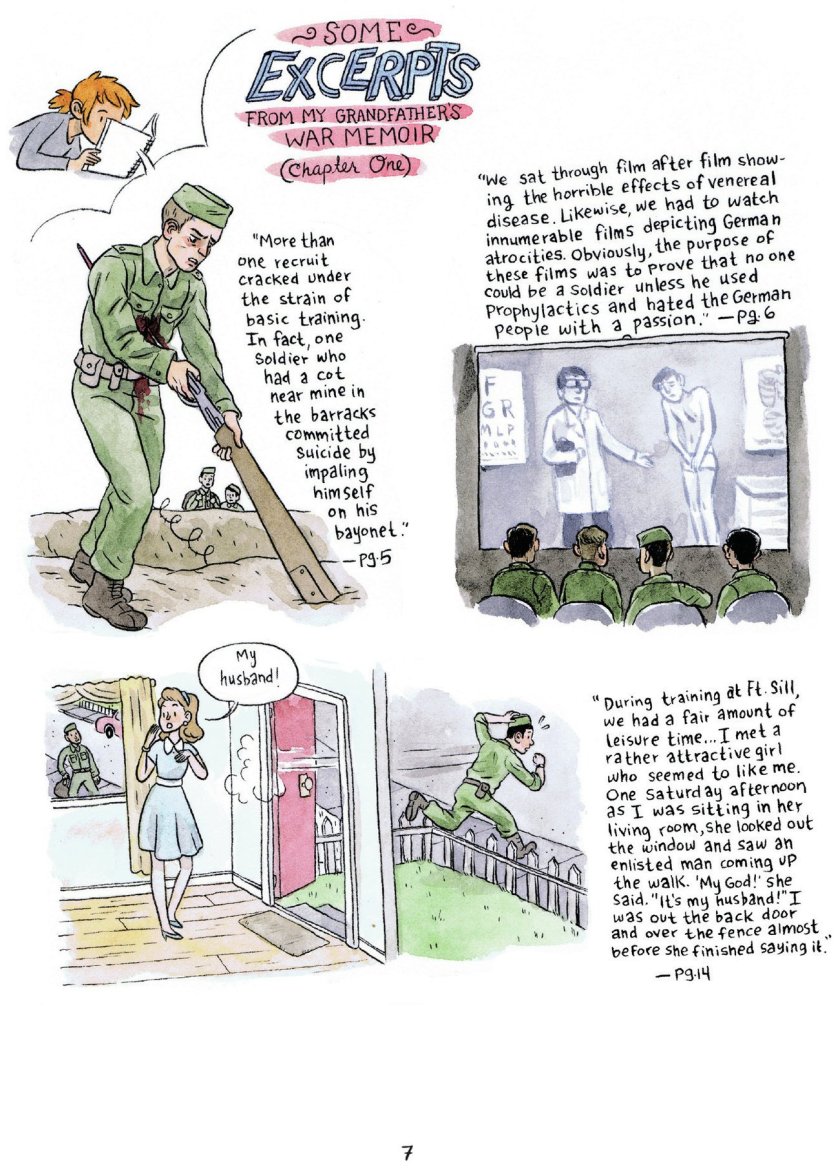 Yes, it is hard to confront aging, infirmity and death, but Knisley does it with love and honesty. It’s always a treat to read her work.

Last night I finished The Poppy War by R.F. Kuang. This is the best fantasy book I’ve read in ages!

A first glance at the cover and synopsis might lead a reader to believe that they are in for a sort of magic-school YA novel about a young girl rising through the ranks. While this story does touch on that sort of feel in the initial chapters, that is not the ride you are in for. This is a brutal war story.

Since I can’t explain it any better than this, here is what to expect in the author’s own words (from her Goodreads review of the book):

This book is not a romance story. This is not a YA fantasy school story (sorry. I love those too.) Yes, there’s a school, and we learn some things at the school, but please don’t let that description deceive you as we leave that setting quite quickly.

This is, as I’ve always conceived it, a war story. It draws heavily on the Second Sino-Japanese war which–if you know anything about Asia–was one of the darkest and bloodiest moments in Chinese history. It grapples with the Rape of Nanjing. It deals heavily with opium and drug use. (Opium was a source of Chinese weakness. This book asks what would have happened if opium were instead a source of shamanic power.) This book is primarily about military strategy, collapsing empires, mad gods, and the human ability to make awful, ruthless decisions. It’s about how dictators are made.

To be entirely frank, if you’re turned off by violence, I might pick up a different book.

The Poppy War is captivating from start to finish. It went places I did not expect it to go. I was expecting this book to sort of set the scene for the war, perhaps leading into book two (the author says this series will be a trilogy). However, as is the way of war, it was upon me (and Rin) quicker than I expected.

While this story goes into war strategy, worldbuilding and politics, it is balanced with characters that are likeable, interesting, flawed, powerful, and confronted with terrible decisions. It is also refreshingly well-paced, sweeping you off your feet just when you thought you were starting to get comfortable.

In a lot of series the protagonist has an unshakable black-and-white sense of right and wrong, good and evil, whereas I love that in this series (as in real life) characters are faced with ethical questions that have no easy answers.

This book is now one of my top favorite fantasy stories. I won’t give anything away, but will just say this- after the ending of book 1, I am definitely eager to get my hands on book 2. I’ll be with Rin until the end, no matter where she goes or what choices she makes.